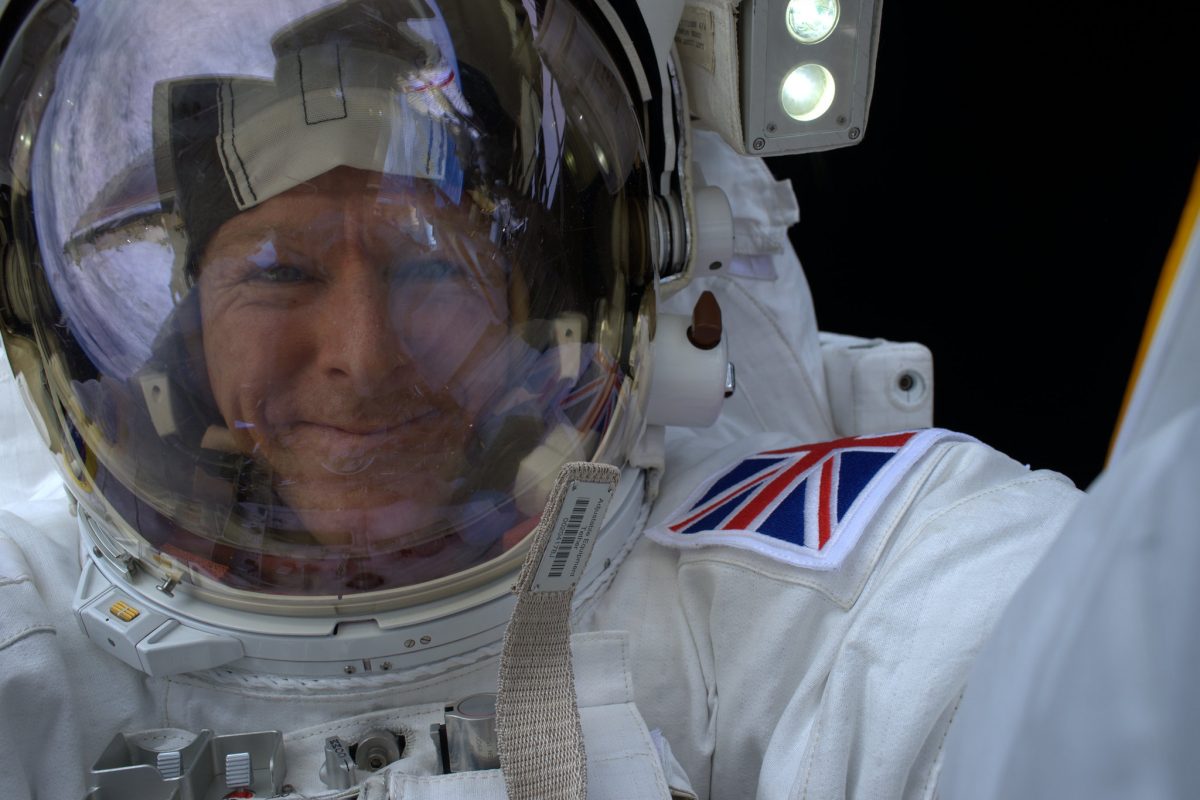 He spent more than six months on the International Space Station doing research, experiments and essential maintenance on this unique spacecraft.

Tim’s mission, called Principia, was a historic moment for British space travel. Tim was the first Brit to travel to the International Space Station (the only other British astronaut is Helen Sharman who went to the Mir space station on a Soviet mission in 1991). His mission facilitated a huge education programme that brought space and science into the minds and hearts of many thousands of Britons. In particular, the education programmes inspired by Tim energised STEM learning in primary and secondary schools which is an essential part of addressing the STEM skills shortages across many industries.

The first book in the Discovery Diaries series was created as part of Tim’s education outreach. Its immersive structure follows his six-month mission, from astronaut training to returning to Earth. This helps engage young learners by placing them in the role of astronaut.

Following Tim’s return to our home planet, a new edition of the Space Diary was launched. It includes enhanced digital content, featuring original videos, clips of Tim at work on the ISS and his beautiful photographs of Earth.

On the basis of sustained engagement and high impact, the Space Diary was named by ESA as one of the Principia mission’s top three outreach programmes. It was also a finalist for the 2017 Sir Arthur Clarke Award for Space Education and Outreach.

“Engaging students in STEM has always been at the core of the Principia mission and the Space Diary has proven to be a really effective and empowering resource for doing that at primary school level. The Space Diary programme not only teaches children about space and science, but also crosses lots of other disciplines and incorporates books, digital and multimedia to encourage full participation. Now that I’m back safely on Earth, I look forward to seeing what this new corps of Space Apprentices do with their new Space Diaries.”

If you’re a primary teacher or Home Educator, you can download all the Principia Mission Space Diary activities and resources for free.

There were many incredible moments during Tim’s mission and these five have been chosen by the Principia Space Diary team.

We were lucky enough to be at London’s Science Museum on Launch Day along with thousands of excited schoolchildren. The energy was electric and we will never forget the moment the Soyuz lifted off and blasted Tim into space. There was then about eight minutes of tension until the Soyuz moved through Earth’s atmosphere and into space. Epic!

A spacewalk is every astronaut’s dream. That moment when they leave the safety of the ISS and venture out into the blackness of space. Tim Peake had this incredible opportunity, along with NASA astronaut Tim Kopra, when they were sent out to do essential maintenance on the exterior of the ISS.

Tim Peake and NASA astronaut Scott Kelly tested new virtual reality technology that allowed Mission Control to look over their shoulders while they worked on the ISS. Afterwards they wound down with a game of Space Invaders. Very funny to watch from the comfort of Planet Earth.

All of the photos that Tim took of Earth were truly amazing, but our favourite has to be the time-lapse of the aurora skimming the sunrise. What a magical sight.

One of Tim’s final experiments was one of our very favourites. Tim tested whether you would experience the same kind of dizziness in space as you would on Earth. The lack of gravity in space changes the functionality of our inner ear and how our body remains balanced. Tim asked his fellow astronaut Tim Kopra to spin him around to test how dizzy he’d get. Watch this video to see the result!

Do you have a favourite moment from Tim Peake’s mission? We’d love to hear it! Tweet us at @curvedhousekids using the official #DiscoveryDiaries hashtag and maybe we’ll increase this list to 10 best moments!

To find out more about Tim Peake’s Principia mission visit: