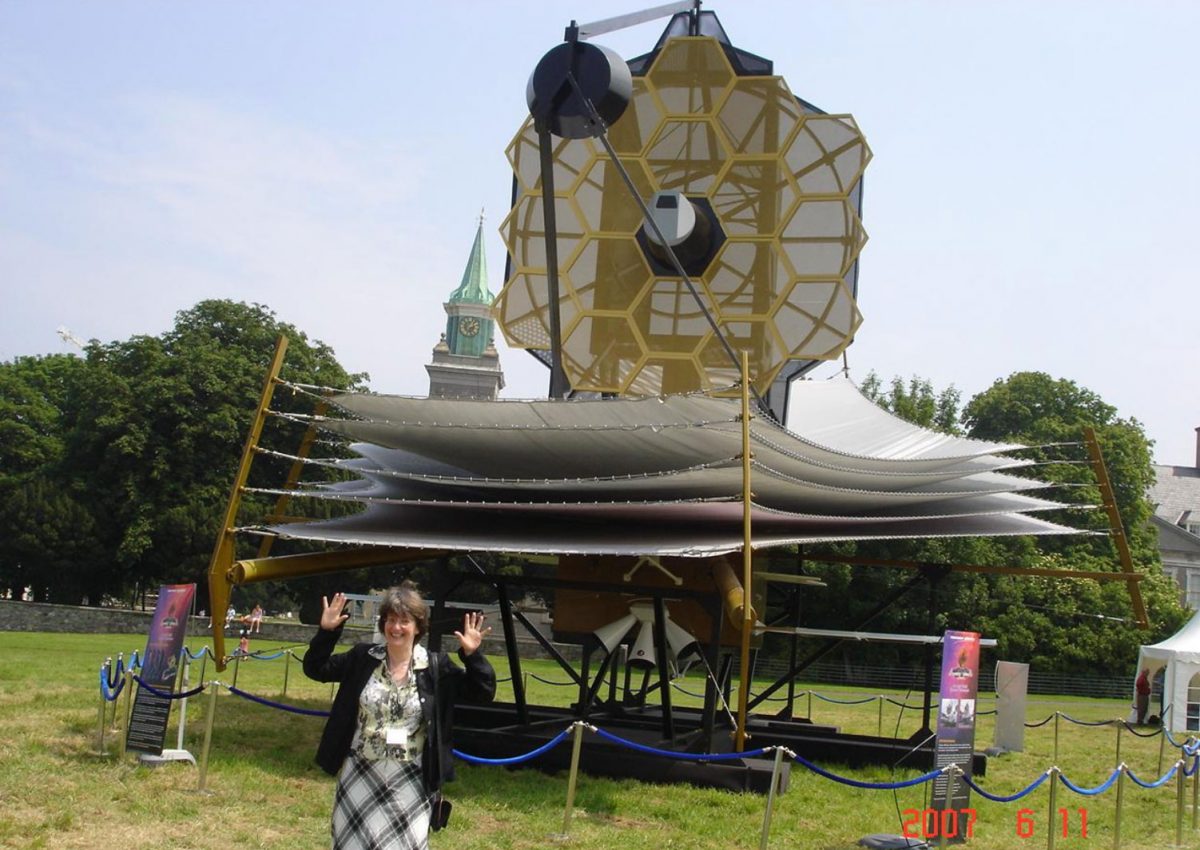 Hi Gillian Wright! What is your job and what is the most exciting part about the work that you do?

I lead the European team that has built the MIRI instrument for Webb, and the most fun part is getting to work with lots of different people from all over Europe and with our collaborators in America. The most exciting part will be when Webb is launched and we all get to use MIRI to make discoveries about the universe.

Lots of different things. I was just interested in science and nature. My dad taught me some of the constellations when he walked me home from Girl Guides on dark winter evenings. There was a really exciting buzz about things like the Apollo programme and TV programmes like Tomorrows World. Although I was good at maths and enjoyed science at school and imagined I would “be a scientist”, I didn’t think about what sort of career in science I wanted to pursue until much later.

That it is just about “being very clever”. It is so much more than that! Science is done by working with other people in teams and sharing work. We need all sorts of different skills to make a space mission work. 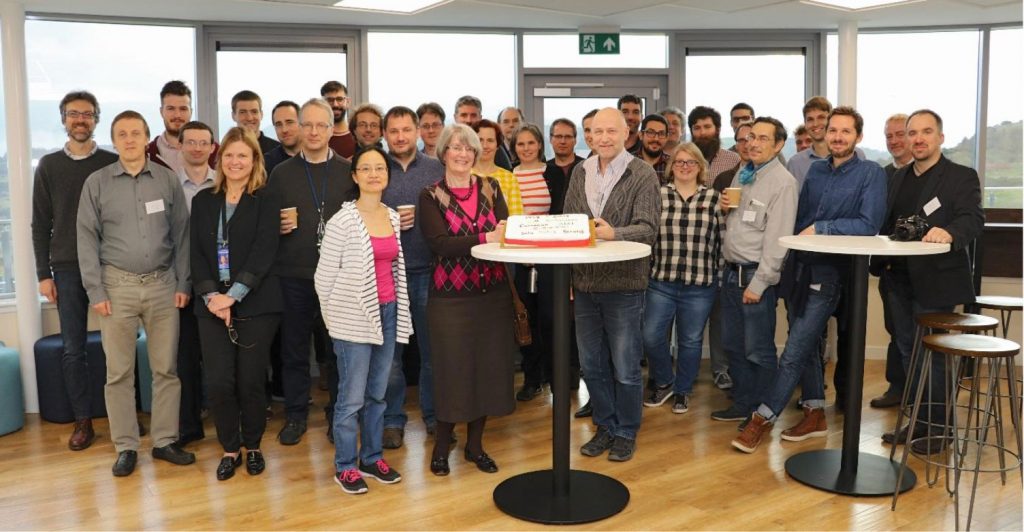 Gillian Wright and the MIRI team, with a cake to celebrate working together for so long!

I was a bit quiet and shy and spent a lot of time reading and day-dreaming. I collected various things like scraps, flowers, stamps. In the summer holidays I was out in the garden with my sister and brother. We had a big box of LEGO pieces that we shared and I liked making things with it. I also loved sewing and embroidery and made dresses for all my dolls. Later, when I was a teenager, I made my own clothes too.

You do need to work hard, but it’s great fun and there are lots of different things to explore and lots of ways to build a career.  Don’t listen to people who think girls can’t do science, and just do what interests you. 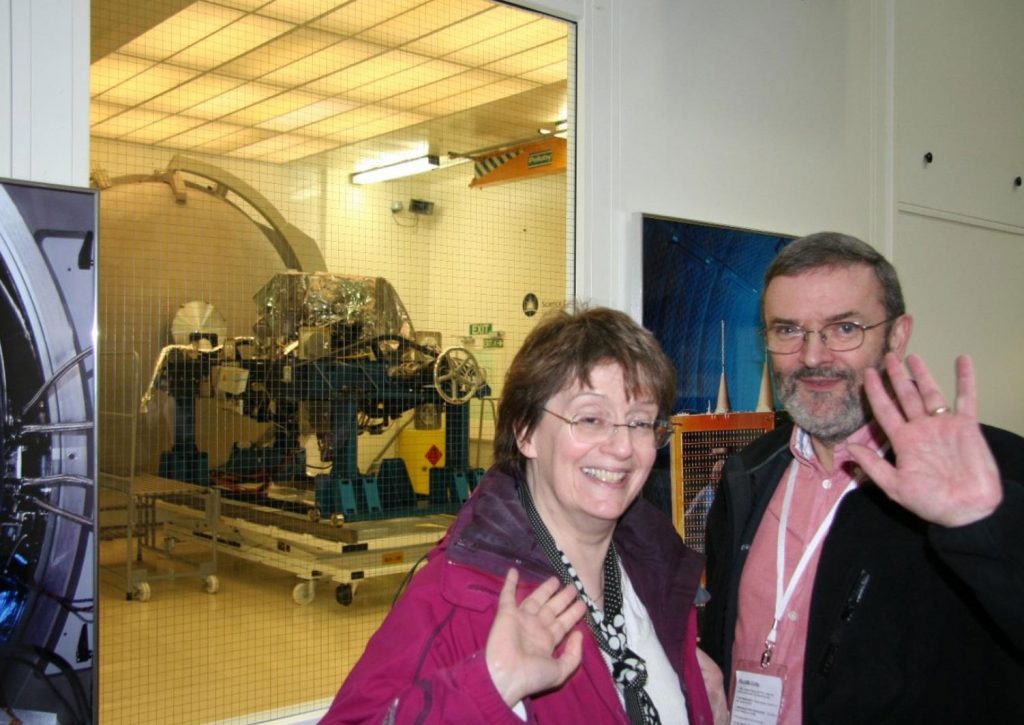 Gillian Wright and project manager John Thatcher outside the cleanroom at RAL with the flight MIRI.

Why do you think JWST is an important part of our space exploration?

It will be able to see so much more of the universe. Who knows what we will find?

Where do you think we’ll be in 50 years in terms of space exploration?

I think we could be building huge telescopes on the MOON and sending space craft out beyond the solar system to planets orbiting other stars. 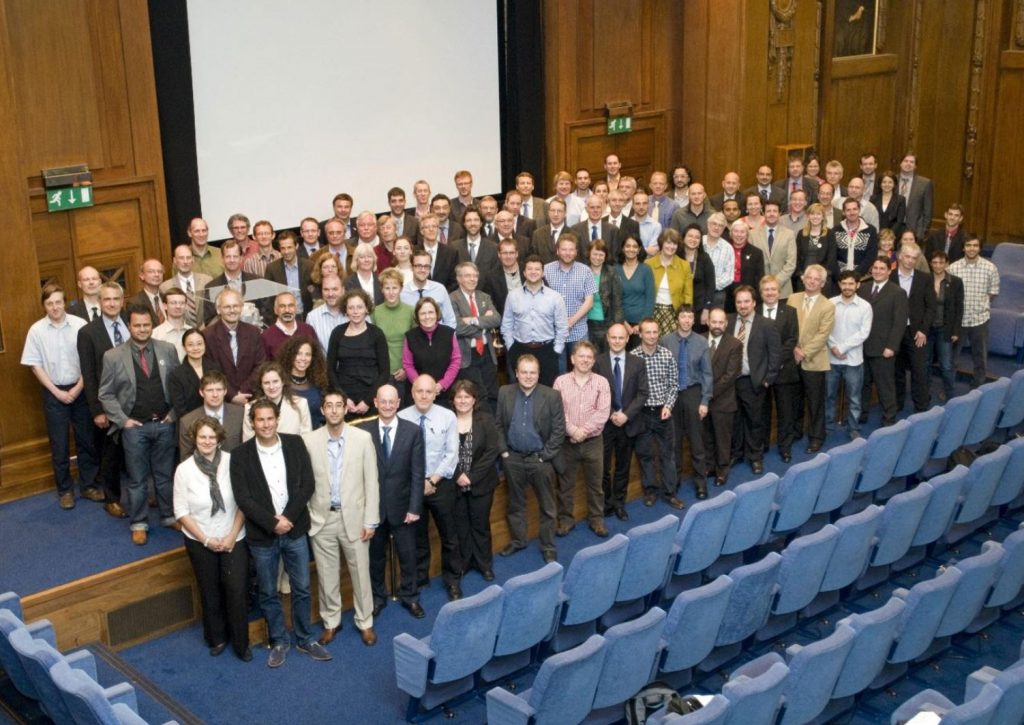 Gillian Wright and the MIRI team on the day they formally gave MIRI to NASA.

Gillian Wright appears in Activity 1.4 The Starry Messengers in Chapter One of the Deep Space Diary. Download the activity and teaching notes here. 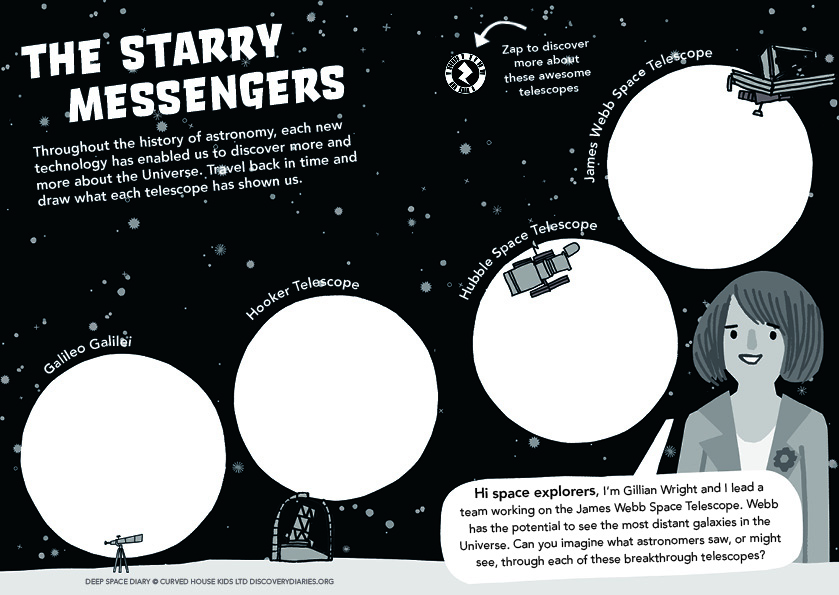