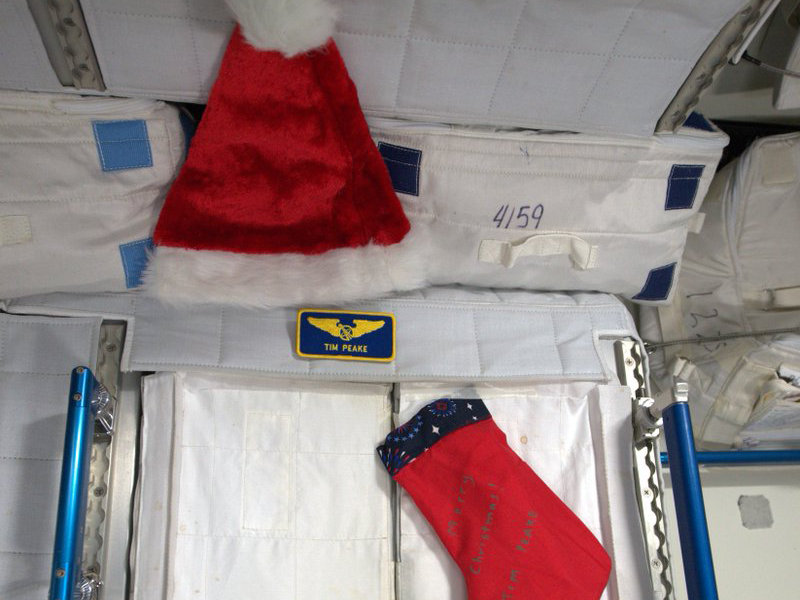 Christmas is celebrated every year by the crew onboard the ISS according to their respective culture, ethnicity and/or religion or faith. For example, most families in the U.K. celebrate Christmas on the 25th of December because we follow the Gregorian calendar whereas the Russian Orthodox Church celebrates Christmas according to the Julian calendar which is celebrated on the 7th of January. This means ISS Christmas celebrations can happen anywhere between the 24th December until the 19th January!

The first Christmas celebrated on the ISS was in 2000 and because the ISS has been occupied every year since, Christmas is now celebrated by a different crew every year.

Tim Peake celebrated his ISS Christmas in 2015, and made history after he dialled a wrong number when trying to reach his family by phone on Christmas Eve. Tim also posted a video message, alongside his crew mates Tim Kopra and Yuri Malenchenko, saying “Christmas is traditionally a time for friends and family to get together, and although we can’t be with our friends and family this year, we will be orbiting 16 times on Christmas Day and sending all our good wishes to everybody back down on beautiful planet Earth.” Watch the full video, backflips and all, below.

You can run a festive Space Diary lesson and plan a Christmas supper onboard the ISS using the Space Dinner activity. Use this lesson to talk about the different customs and traditions in each household and how it may differ from family to family and country to country. What might you eat for Christmas supper if you lived in the Southern Hemisphere where it’s summer? If you don’t celebrate Christmas, what are other festivities and celebrations that involve sitting and having a meal with family and loved ones? View and download the activity sheet and teaching notes here. 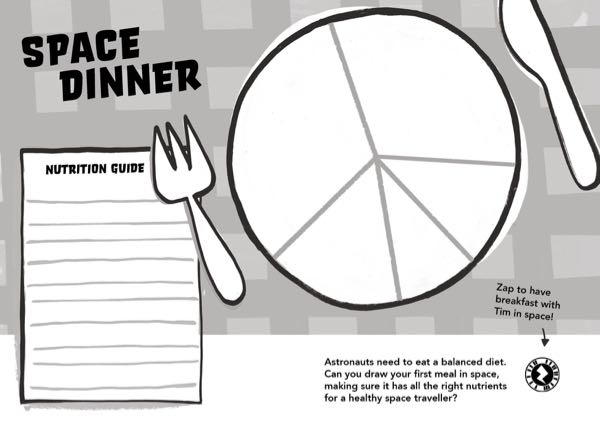