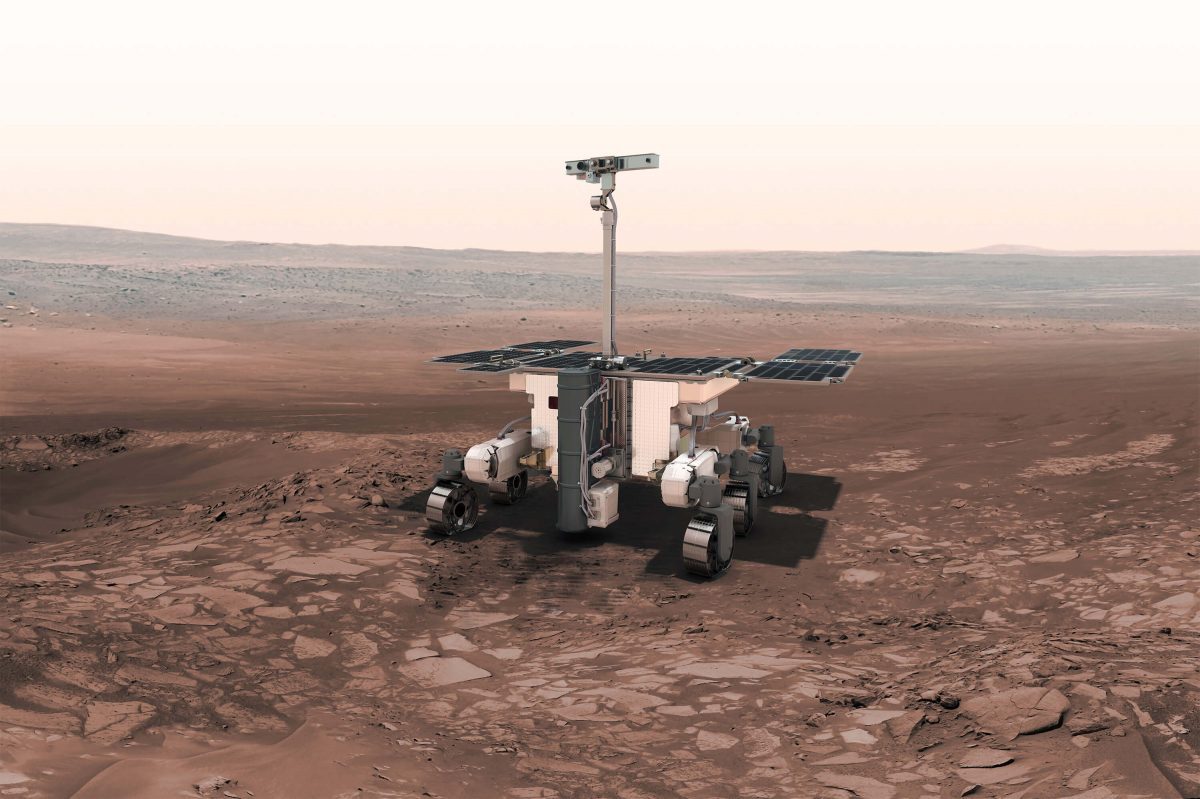 The ExoMars rover is being developed by the European Space Agency, in collaboration with a number of European countries including the UK. It will be launched in 2020, where it will help scientists on Earth look for signs of life – past or present – on Mars. The rover will collect samples with its drill and will analyse them, sending data and information back to Earth.

It is designed to operate for at least seven months and drive 4km after it lands. Unlike the rovers currently on Mars, the ExoMars rover is capable of both moving across the Martian surface and studying Mars in depth. It will be able to establish the physical and chemical properties of Martian samples, including those below the surface of the terrain.

The drill on ExoMars can reach a depth of two metres. Never before have we been able to collect samples from below the Martian surface. Once a sample is collected, it will investigate the minerals and chemicals in the sample, using its analytical laboratory.

The rover uses solar panels to generate power, and is designed to withstand the cold conditions on Mars. It has six wheels which can pivot independently, to help it move across the rocky terrain. It also has a camera system, so that scientists on Earth can help it locate the best sites for drilling.

Find out about the design features of the ExoMars rover in Activity 3.4 Design Your Mars Rover from Chapter Three of the Mars Diary.