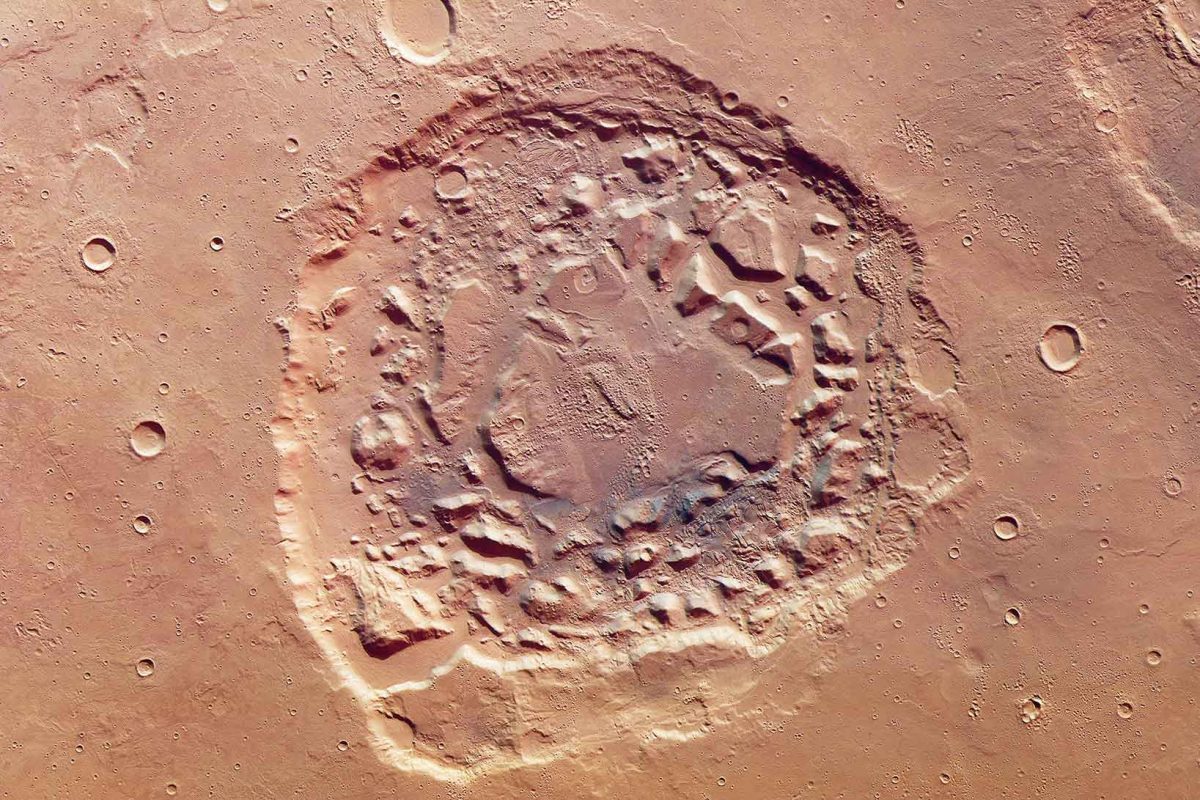 The topography of Mars is split into two clear parts: the northern lowlands and the southern highlands which sit up to a few kilometres higher. These two distinct areas are of key interest to scientists studying Mars and there are a few hypotheses for how this divide might have occurred – was it a single impact, multiple impacts or ancient tectonic plates (similar to those on Earth). 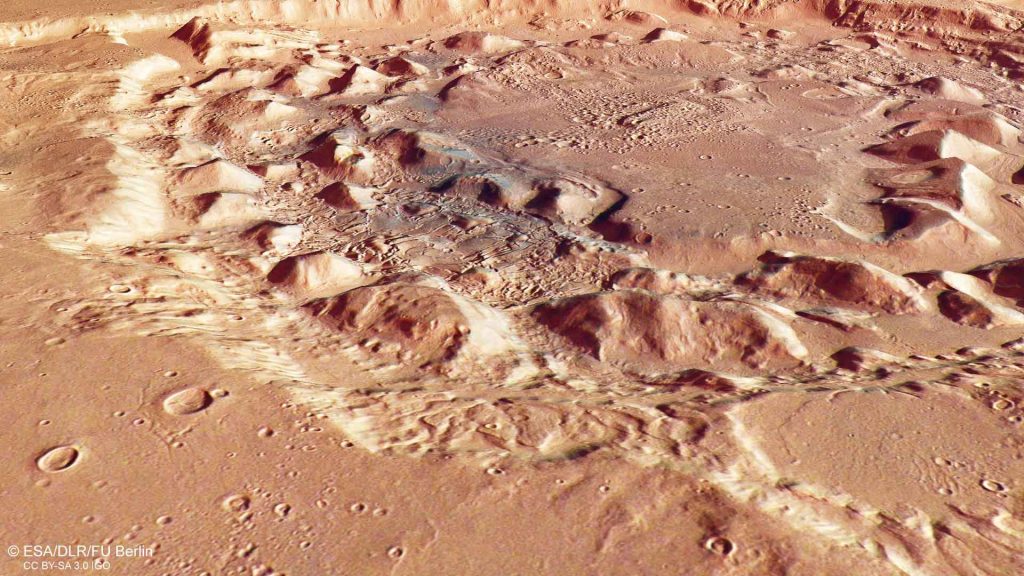 Ismenia Patera is a giant crater measuring around 75km across and sits in the Arabia Terra region in Mars, right in the divide between Mars’s northern and southern regions. It is surrounded by a hills and a medley of rocks which look to have been thrown into the crater by nearby impacts. Looking at the floor of the crater you can also see signs of movement which suggest icy glaciers may have existed, building up over time in the harsh climate. Gullies and channels can also be seen running down from the rim of the crater. But how did this crater come to be?

One idea is that there may have been a huge meteorite which hurtled into Mars. The crater then would have filled with sediment and ice until it buckled the surface so it looks like the uneven landscape we can see in the images.

The second idea is that Ismenia Patera is actually the site of a supervolcano which erupted so violently and expelling such enormous quantities of magma, it caved in on itself.

While Mars isn’t currently host to any supervolcanoes, and scientists are still unsure about whether or not it was host to any at all, we do know that the Red Planet is home to many volcanic structures, including Olympus Mons which is the largest known volcano in our Solar System.

Make some 3D glasses and take a look at this image of Ismenia Patera. Here are some instructions from NASA.

Images: All taken by the Mars Express, ESA/DLR/FU Berlin

Check out Activity 3.3 Mighty Mons to learn more about the surface of Mars and its volcanoes.

Read our Q&A with volcanologist Tamsin Mather who cameos in the activity.