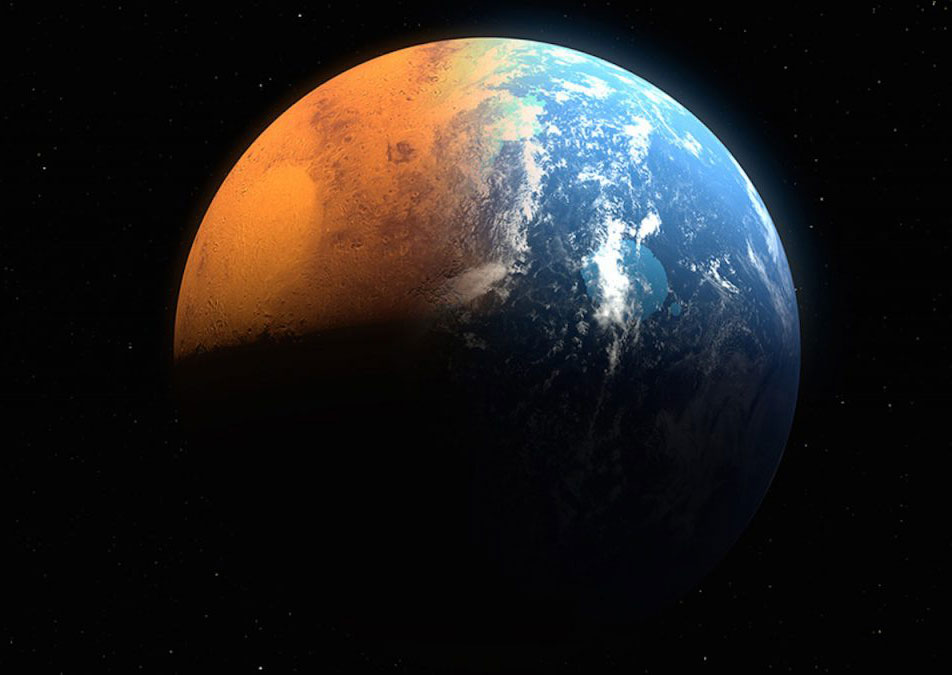 Earth and Mars started off as very similar planets, which is why scientists are so interested in studying Mars. But there was one key difference which had huge ramifications – size. Mars is approximately half the size of Earth. As this video by National Geographic Explorer Brendan Mullan explains, this even accounts for the disappearance of Mars’s oceans: