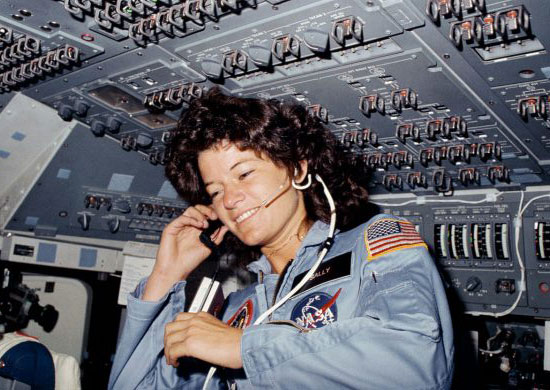 Dr. Ride, studied at Stanford University and earned bachelor’s degrees in physics and English in 1973 (her specialty was Shakespeare), a master’s degree in physics in 1975 and a Ph.D. in astrophysics in 1978. She responded to an advertisement in a student newspaper, along with 8000 other applicants, calling for recruits to NASA’s space program. She made the cut with 6 other women and began her training at NASA which included parachute jumping, water survival, flying jet planes, weightlessness and the huge G-forces of a rocket launch. She also helped in the development of a robotic arm for the space shuttle and once in space for the STS-7 mission Ride also became the first woman to use the robot arm in space and the first to use the arm to retrieve a satellite. 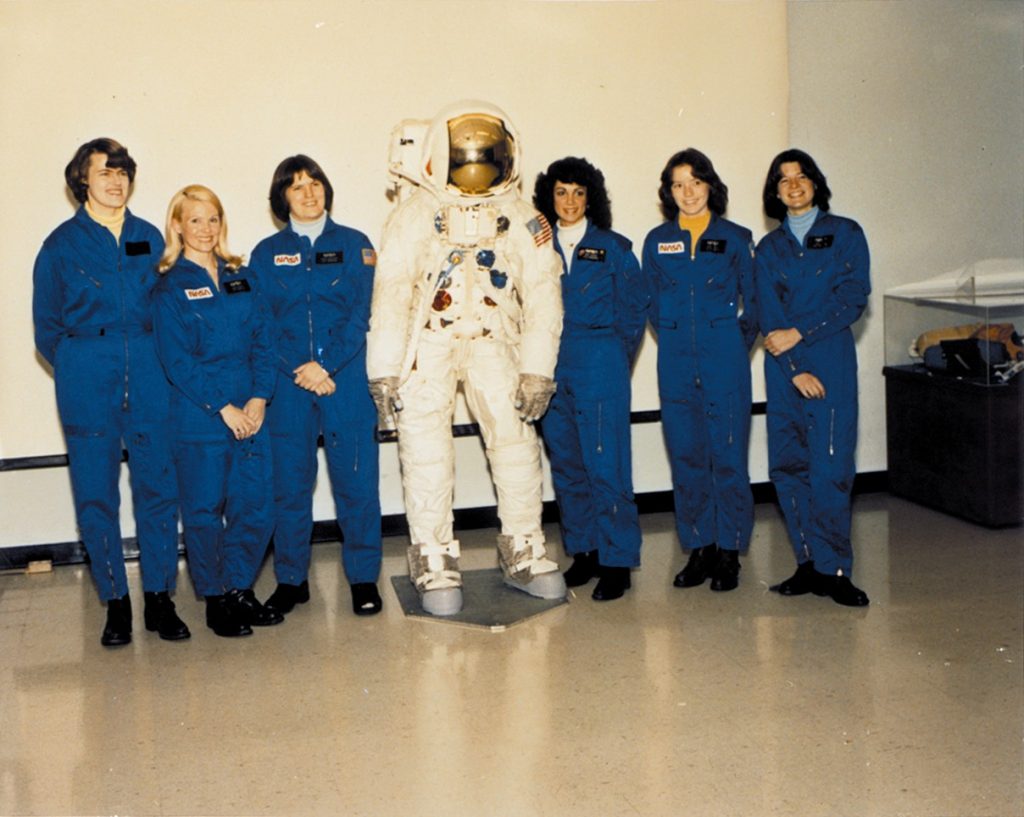 From left to right are Shannon W. Lucid, Margaret Rhea Seddon, Kathryn D. Sullivan, Judith A. Resnik, Anna L. Fisher, and Sally K. Ride. NASA selected all six women as their first female astronaut candidates in January 1978, allowing them to enrol in a training program that they completed in August 1979. Credit: NASA

Despite her incredible academic achievements in the STEM sector, Ride was marginalised by the media during press conferences for the STS-7 mission for being a woman, and asked questions such as “Will the flight affect your reproductive organs?” and “Do you weep when things go wrong on the job?” At a NASA news conference, Dr. Ride said: “It’s too bad this is such a big deal. It’s too bad our society isn’t further along.”

Her first mission to space  in 1983 was part of the STS-7, a 5 crew mission which spent roughly 6 days in space, conducting research and experiments. 250,000 people came out to watch the launch at Cape Canaveral, many wearing t-shirts printed with ‘Ride, Sally Ride’—lyrics from Wilson Pickett’s song ‘Mustang Sally’—and journalist Gloria Steinem noted, “Millions of little girls are going to sit by their television sets and see they can be astronauts, heroes, explorers and scientists.” When the shuttle landed, Ride described the experience saying “The thing that I’ll remember most about the flight is that it was fun, I’m sure it was the most fun that I’ll ever have in my life.”

In 1984 Dr. Ride went to space on a second mission—STS 41-G—which lasted 8 days, bringing her total time in space to over 343 hours. She was scheduled for a third mission before NASA’s Challenger Space Shuttle blew up just 73 seconds after launch. The STS 41-G mission was cancelled immediately and Ride retired the following year but not before being appointed a member of the investigative team looking into why the Challenger disaster occurred. 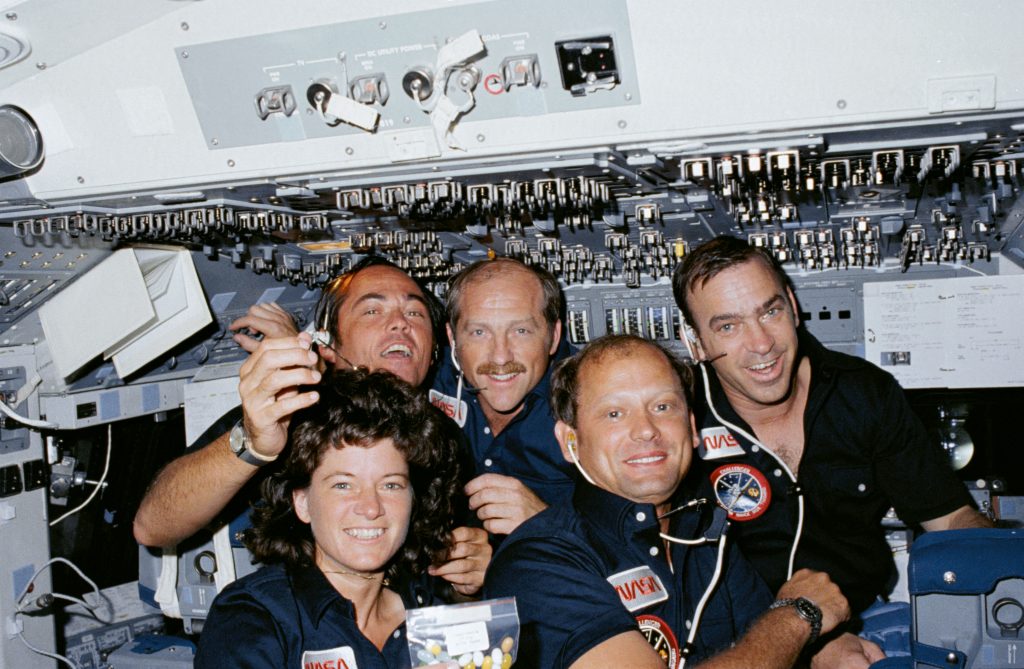 Dr. Ride’s career after NASA continued to focus on STEM and she set up a company called Sally Ride Science with which she wanted “to make science and engineering cool again,” with a particular focus on encouraging young girls to pursue careers within STEM fields. Ride spoke The New York Times in 2003 saying “What drove me to start the company was the sense that a lot of the stereotypes about girls and science and math that we all assumed would be gone by now, have not gone away. Eleven-year-old girls still aren’t encouraged quite as much as 11-year-old boys about science and math. A girl might still feel negative pressure from her peers if she’s the best one in the math class. Yet, research shows that girls enjoy science as much as boys throughout elementary school. It’s in the middle-school years that they start to drift away. And that’s partly because of peer pressure.”

Sadly, Sally Ride passed away in 2012 after a battle with pancreatic cancer, though her life and work continue to be recognised posthumously. She was awarded the Presidential Medal of Freedom, The Space Foundation’s 2013 General James E. Hill Lifetime Space Achievement Award for her contributions to space exploration. Also in 2013 Sally was named a Stanford Engineering Hero by the Stanford School of Engineering, an honour granted to Stanford scientists who have benefitted humanity through science and engineering. In 2014, Sally was inducted to the International Pioneer Hall of Fame by Women in Aviation, International (WAI).

Students can further their research on Sally Ride in an extension of Space Diary Activity 2.1 United in Space and Mars Diary Activity 2.2 Astronauts Wanted. Create an astronauts display in the classroom and invite students to add as many different astronauts as they can from all around the world.