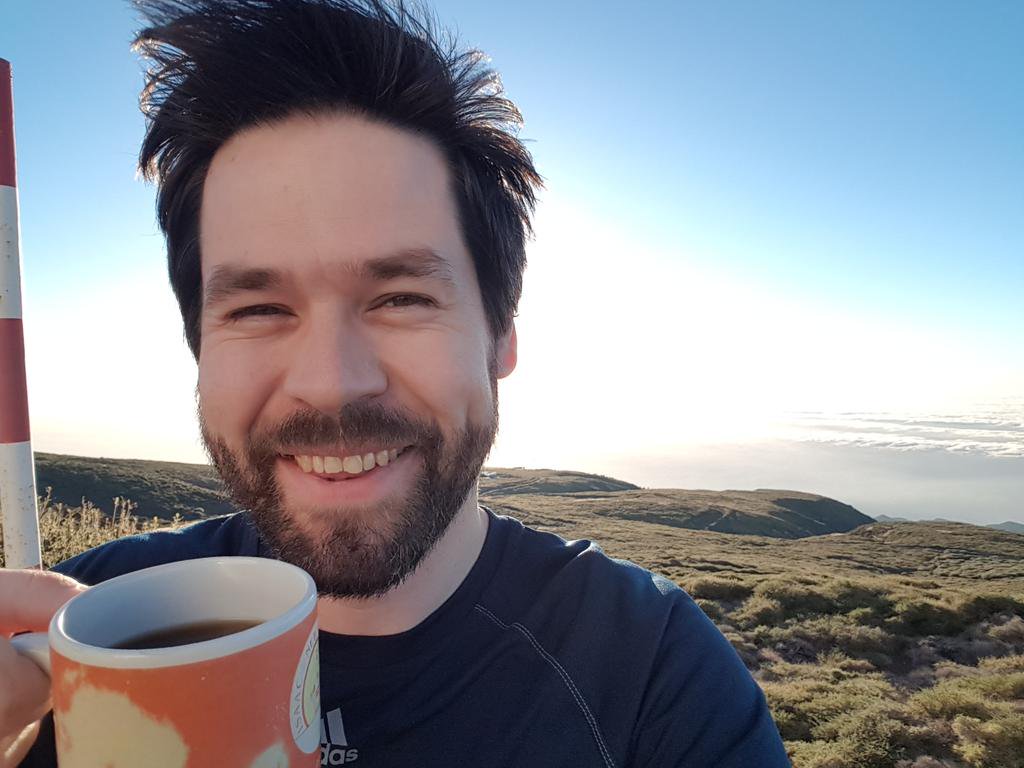 Hi Alastair Bruce! What is your job and what is the most exciting part about the work that you do?

My time is split between two jobs. The first is that I am a postdoctoral research astronomer at the Institute for Astronomy in Edinburgh studying quasars, distant galaxies with very bright cores. The second is that I work for the James Webb Space Telescope UK Public Engagement Campaign to help promote resources for people to learn more about this fantastic new space telescope that the UK is part of.

The most exciting part about what I do is also split: Being the first person in the Universe to see what the telescope I have observing time on just saw and, seeing the reaction on people’s faces when I’m enthusiastically crooning about all things astronomical. 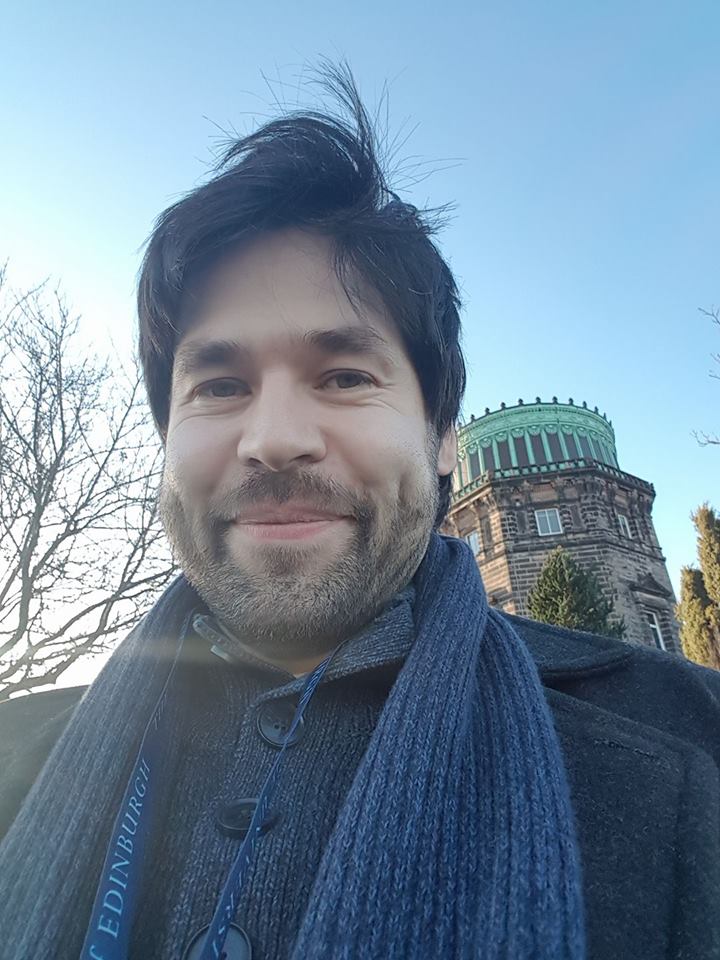 I was always a fan of astronomy and all things up, from the Space Race to Star Trek. I originally trained as an actor after leaving school though this career path was very difficult for me and not as fulfilling as I had originally hoped. I began studying physics in my spare time and realised that my acting training had also set me up nicely to be an enthusiastic communicator. Around the same time I started my PhD in astronomy I began talking science and found it very rewarding. I haven’t looked back since.

It’s fun to point out that this job is actually really difficult, or more difficult than some might think at first. Things aren’t helped much by sci-fi gorging us on glorious images of beautiful, distant worlds. Once you know how much effort has gone into producing a fuzzy-looking sphere of light from the very edge of a supermassive black hole, or imaging the faint dot that is a real exoplanet, for example, it can put a whole lot of things into perspective. 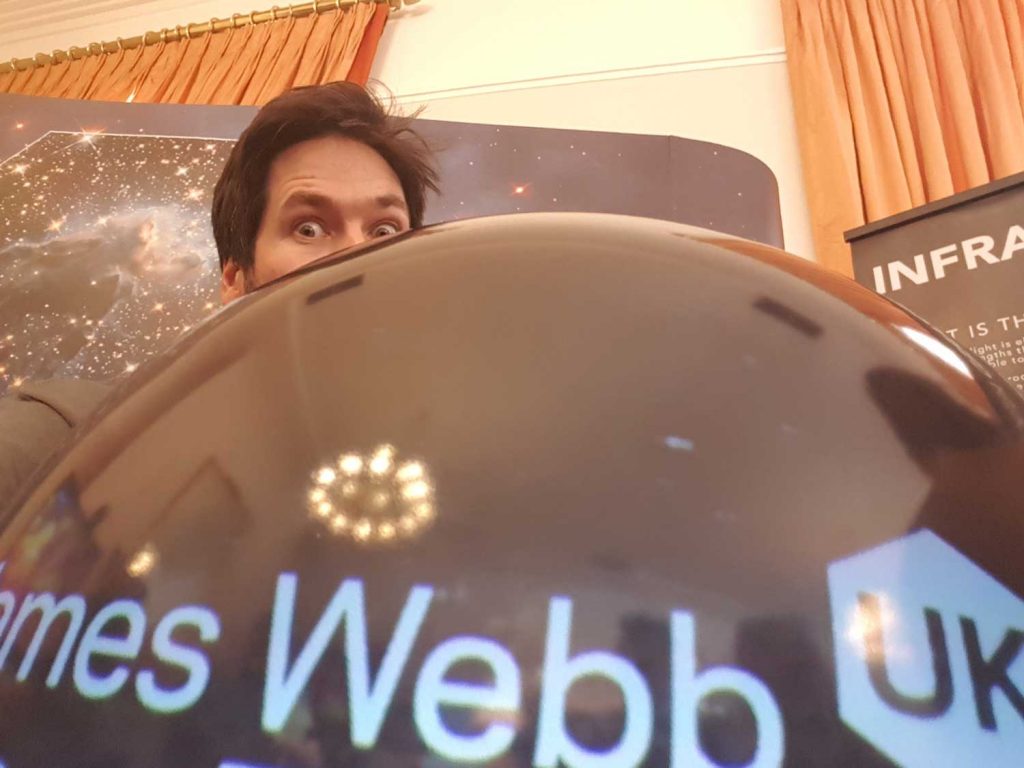 I was curious, annoying and talkative. I had a lot of spare energy, which these days I am struggling to find. I really liked cycling and still do. I played the violin and now don’t. I really really liked computer games and still play them a little too often. I performed in a number of musical productions and haven’t recently, though I do miss the singing. I was always happiest when finding out something new. I still am.

There’s no right way of doing things. Find out what you’re good at and do it. If you’re not good at it and you want to be, stick at it until you are and then go do it. Savour the bad experiences as much as the good as they’re just as important in shaping the future you. Good luck! 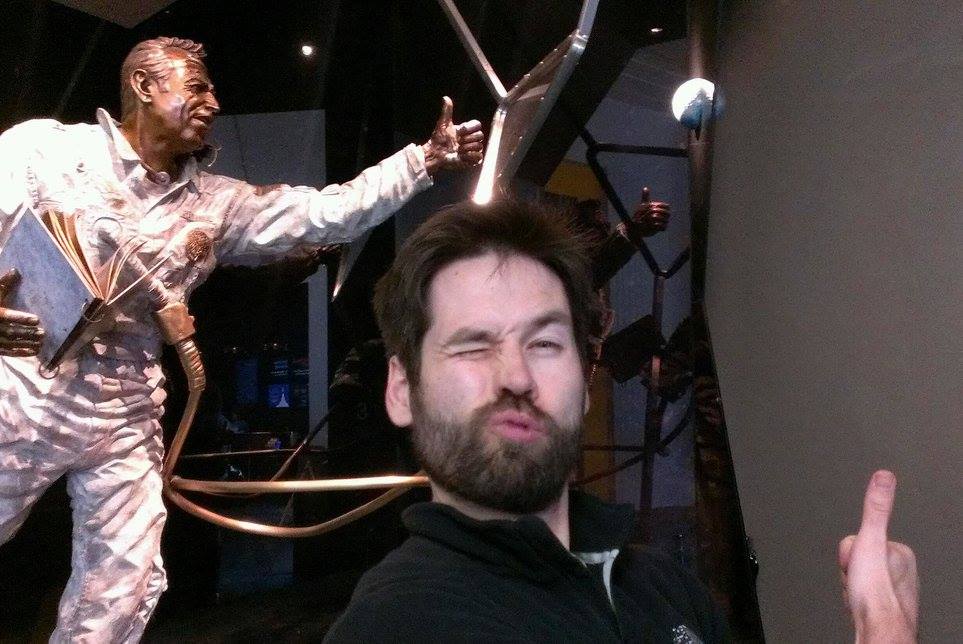 Why do you think JWST is an important part of our space exploration?

The relatively big budget and big engineering required to answer some of the biggest questions about the Universe go right to the core of what it means to be human, I think. I didn’t get to experience the Moon landings in real time but Webb will enrich us in a similar way. There is still so much to know and do and solve. I think we do a lot better as a species when we put or minds towards goals like this. Compared to the scale of the climate crisis, Webb is a drop in the ocean but I think we’re capable of solving all of these challenges and more if and when we put our minds to it!

Where do you think we’ll be in 50 years in terms of space exploration?

I think we’ll have confirmed the presence of a biosphere (read: ‘space moss’) on a distant world. While this may not sound as dramatic as receiving a signal from intelligent aliens, it will tell us that life in the Universe is far more common than our lonely blue planet might currently suggest. Whilst listening for extraterrestrials is a worthy enterprise, I’m not confident we’ll hear from anyone else out there however.

I also think we’ll have finally gotten close to solving the dark matter/energy mysteries which are still eluding as at present. A slew of new missions on the ground and in space should give us the observational clues we’re still lacking. I’d also like to see the first human footprint on Mars. I don’t think we’ve earned the right to think about colonising it yet but the thought that the first Mars explorers should have already been born fills me with hope for the future. 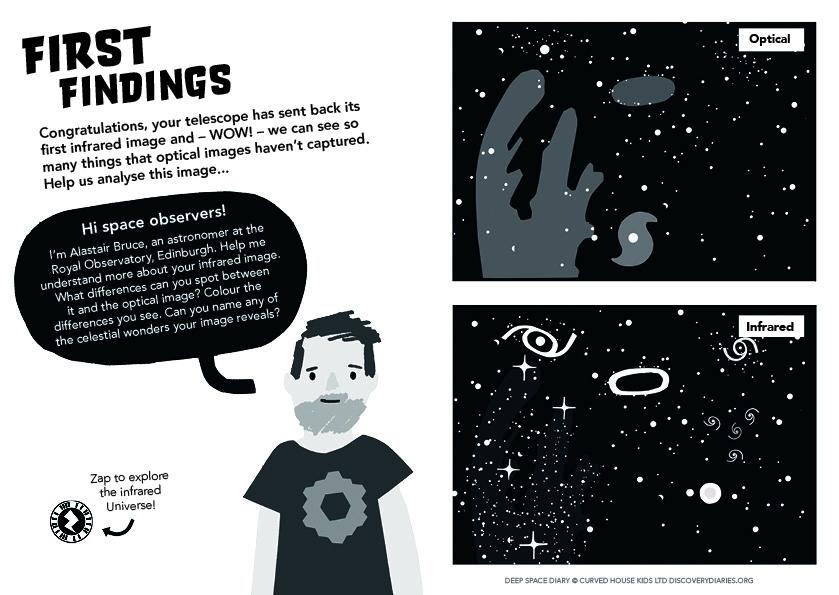